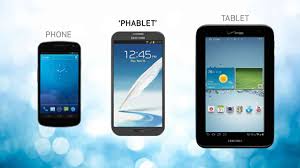 What Is A Phablet?

If you’ve never heard of a phablet before then this article is unlikely to have made much sense to you thus far. Essentially, a phablet is a mobile device or smartphone that has a screen that is larger in size than that of a typical mobile phone. Phablets are the largest types of smartphone – they’re in between a tablet and a phone, hence been dubbed ‘phablet’.

Many people are choosing to buy these types of phones so that they can play all their favourite games and enjoy a better experience thanks to the greater screen size. With phablets becoming more popular we wonder – are they the perfect size for gaming?

Advantages Of Using A Phablet

As we’ve already mentioned, the most obvious advantage of gaming with a phablet is the greater screen size. Often mobile games need to be cramped into a small space to be shown on a regular smartphone and this can affect the quality of the graphics. On less well optimised games it can also lead to scrolling, which is very undesirable for the player. With a phablet, online gamers are more likely to experience the game as the developer intended.

Is that a phablet in your pocket or are you just pleased to see us? Another advantage of using a phablet is that it is still small enough (just…) to be carried around with you so that you can enjoy gaming on the go. This is a better alternative than having to carry a larger tablet device as you’ll look pretty odd trying to stuff one of these in your pocket.. With a phablet, you get the best of both worlds.

While phablets appear to be the perfect size for gaming, they do come with some disadvantages. This includes the fact that they don’t always fit in your pocket as they can be slightly too large. Some people also think that these devices are too large to fit comfortably in their hands as they cannot be held like a mobile phone.

A further disadvantage of using a phablet for mobile gaming is that the screens are not as big as with a tablet or a laptop device. You’ll be getting a medium sized screen and although this will be a world better than using a standard mobile phone, you may find it somewhat lacking compared to a laptop of standard sized tablet.

Overall, it’s clear that phablets are great for mobile gaming. They allow players a richer gaming experience whilst allowing them the benefits of using a portable device. Whilst as we’ve explained there are some disadvantages, generally it’s pretty clear that online gamers could do a lot worse than choosing to purchase a phablet device.