Like most other manufacturers they offer active shutter based 3D TV where the glasses used control what each eye sees by opening and closing and also have a Cinema 3D option.

LG’s Cinema 3D TVs unlike other 3D TVs uses the same technology that you will find in a cinema. This uses a polarised method, which makes the technology a lot cheaper, especially the cost of the glasses.

There are other advantages from this polarised method, including the fact that you can sit where you want in relation to your TV, at least to the same extent that you can with a 2D TV.

You also don’t have to worry about the risk of interference to the glasses as with Active Shutter glasses that have to communicate with the TV set via infra-red. This can stop working where batteries are going flat, if you sit too far away, if there is to much light in a room and if you turn your head away from the TV. 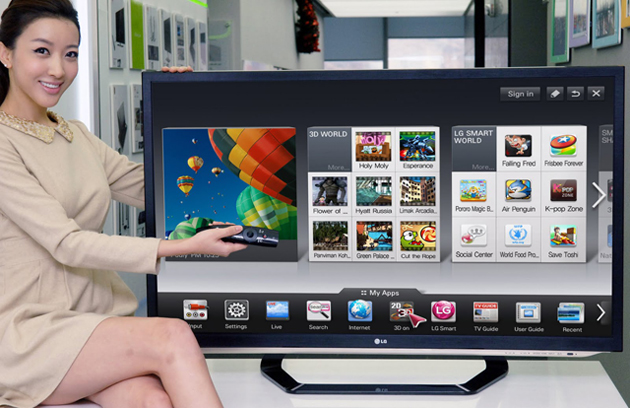 Many people also prefer the feel of the much lighter polarized glasses, which you can use with your head on its side as well if you want to lie down to watch TV.

In contrast to LG’s active shutter TVs though, they generally come with two pairs of glasses. The glasses cost around £100 each, the polarised glasses a couple of pounds.

LG have tried to take slices at either ends of the market and even within their active shutter range they have had a bigger range than most other manufacturers with both fully featured TVs and those with simpler features at a lower cost. END_OF_DOCUMENT_TOKEN_TO_BE_REPLACED